Barbi called a while back saying SHE had signed up to make stockings for Corbin's class with the kids names on them. They will be using these for something the whole month of December. Naturally as always she called dear old mom stating she was too busy to get them made.

Did I say that is 19 stockings?

I thought about getting some of the cheaper felt stockings and adhering some glittered letters for the names, but NO I had to go for the plush one and planned to embroidery the names on them. Ordered the stockings, by the time they arrived I was sick and out of commission for 2 weeks. They needed to be mailed Tuesday via UPS at the latest for him to have them on Thursday so he could take them to school on Friday. So guess what I did all day Monday and Tuesday. Was sweating getting them done. Finished them at 3:30 PM Tuesday, took pics, packed them up and off to UPS Sam went at 5:30. Cutting it close I would say.

I think they turned out so cute. 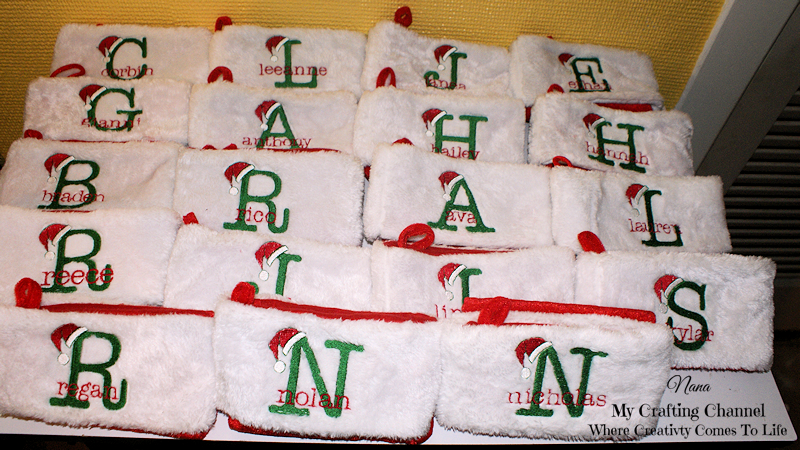 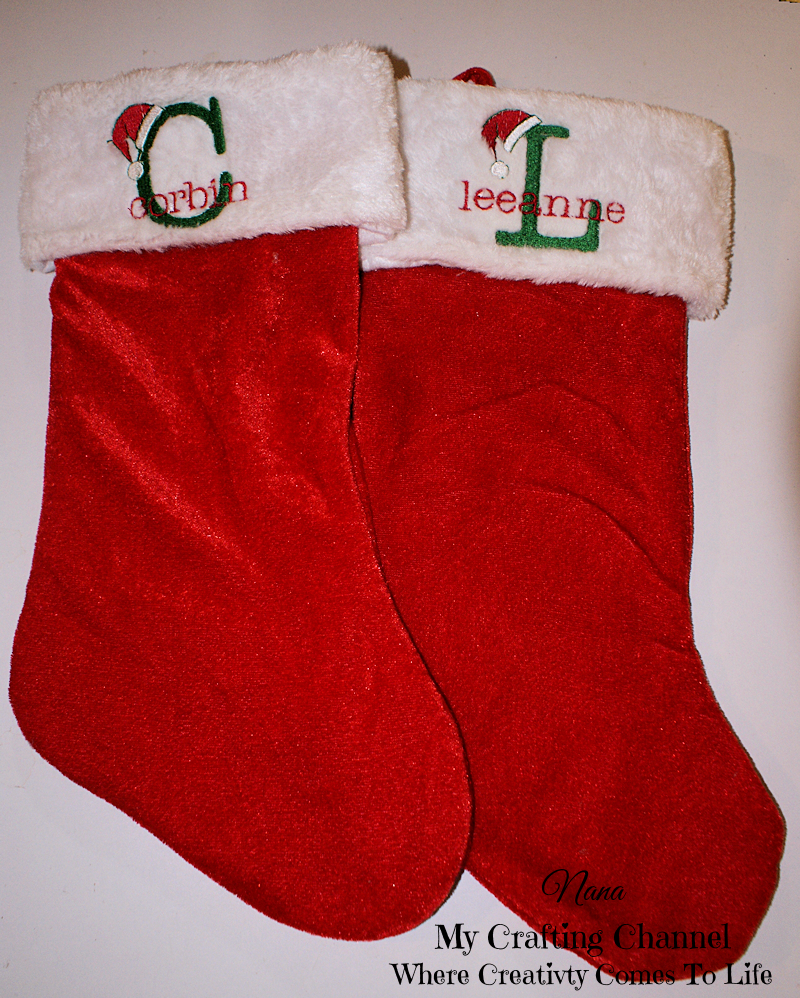 Thank you for stopping by.
If you have taken the time to stop by then why not leave a comment?
Comments are Greatly appreciated!!!
Have a Creative Day.
Nana

Blog Design By:
My Crafting Channel